Every country in the world has trends and customs that define itself and its society. The country we will focus on  in this website is China. Mainland China to be exact. Through this website, we will explain what defines mainland Chinese pop culture. From certain fashion trends, to music and to everyday family customs. 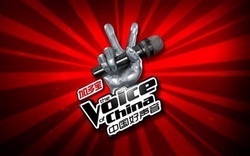 Most of Chinese TV is largely controlled by  Central China Television (CCTV). They show all types of different shows ranging from reality or variety shows to historical or romantic dramas.

The most popular shows of today are reality or variety shows.  Many famous celebrities join these types of shows to make appearances and promotions and many television companies gain viewers and popularity from having celebrity guest appearances. Besides celebrities appearing on television, many normal people join shows on a competitive scale. For example "The Voice of China" is one of the many strings of reality TV programs based on singing competitions. The Chinese adaptation is based off of the and Dutch show "The Voice of Holland." In this variety show, there are judges who are actual singers . Each of the the judges are turned around in their seats to judge the quality of the singer's voice based on what they hear and not their appearance. Judges are the mentors of the singers. Once the judge chooses the singer they want to mentor, it is up to the contestant to choose their mentor in the cases that the singer has more than one offer. This show was first aired on August 12, 2012 by Zhejiang Satellite TV  and attracted 2.77% of the country's tv audience.  The views then rose from 2.77% to 4.5% later that year.

"Much of it's success comes from a sense of honesty, talented voices and good mentors, as well as big investment and production," - Tiang Ming (Producer)

Singers and performers on "The Voice of China" mostly like the genre of rock, but more youngsters tend to move toward pop and American top hits. Also, youngsters gravitate towards more foreign music groups like Japanese Pop or Korean Pop groups such as Super Junior, Miss A & F(x).

Another popular show called "iPartment" is a comedic sitcom from the adaptation of the American shows like "How I Met Your Mother" and "F.R.I.E.N.D.S." Apart from the comical sitcoms, the Taiwanese Reality show that is popular in Mainland China is called "Kang Xi Lai Le." According to a personal interview by Jane Tang, a student at New York University states, "Qing Dynasty dramas are becoming more popular in China." In addition to dramas some popular shows in mainland China are:
The biggest known actors and actresses play lead roles in dramas and other shows. Some of the most famous actors and actresses are:
Chinese media and TV shows are always changing depending on what is popular in mainland China and what will attract a large audience. China's television companies are always looking for the next big thing and will base certain shows on different adaptations of foreign shows.